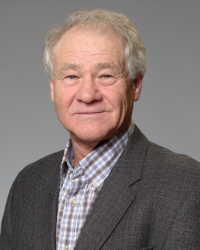 Back to Agents
Brian Walz
Phone: (306) 631-1229
E-mail: walz@sasktel.net
About:
Brian has been in Real Estate since 1982. He deals mainly in farm, ranch and commercial properties, but does do some residential sales as well. Brian is known in the Moose Jaw Real Estate Community for his meticulous attention
to detail, honesty, and excellent service to his customers. Brian is often consulted when persons require an honest opinion of the value of their land or property.

With a partner (now retired), Brian set up Landmart Realty Ltd. in February of 1999, and then bought his partner's portion to become sole proprietor in 2005. In 2008 Landmart Realty Ltd. became Royal LePage Landmart, joining the Royal LePage franchise in order to increase our global recognition and enhance our visibility throughout Saskatchewan, Canada and the world.

Brian was raised in the Moose Jaw area where he farmed and operated West Air Flying Service. He is a licensed commercial pilot and aircraft engineer. He enjoys flying, golfing and skiing.